In a previous post I described my process for migrating an existing Octopress site to Hugo, and at the end I said I wanted to figure out how to automatically publish the site to GitHub Pages with GitHub Actions next. I ended up finding a solution for this a while ago, but I wasn’t particularly happy with the way it was set up. Before getting too far, though, it’s worth mentioning that I ended up going with a multi-repository approach rather than using the same repo with a separate gh-pages orphan branch. I didn’t necessarily have a good reason for picking one approach over the other, except that this was how I got it working initially and I just stuck with it. :) Anyway, the reason I wasn’t happy with how it was setup before (and why I decided to change it recently) is that I had a separate deploy script for building the Hugo site and publishing the changes to the target repo, but I wanted to use available actions from the GitHub Actions Marketplace as much as possible, and to have a single YAML file to manage it all. Previously, I was using a GitHub Action called ssh-agent to load my SSH private key into the SSH agent on the GitHub Actions runners, which was then used for performing Git operations in the deploy script. It turns out that a simpler solution exists if all you want to do is build a Hugo site and deploy it to a separate GitHub Pages repo using GitHub Actions, though. This involves using the peaceiris/actions-hugo and peaceiris/actions-gh-pages actions. Next, I’ll share how I set this up.

How To: Automatically Publish a Hugo Site to GitHub Pages With GitHub Actions

First, I created a new SSH key pair to use as my GitHub Actions deploy key.

Next, I added the private key as a repository secret in the source repo, (e.g., where my Hugo source files live). This must be named ACTIONS_DEPLOY_KEY. 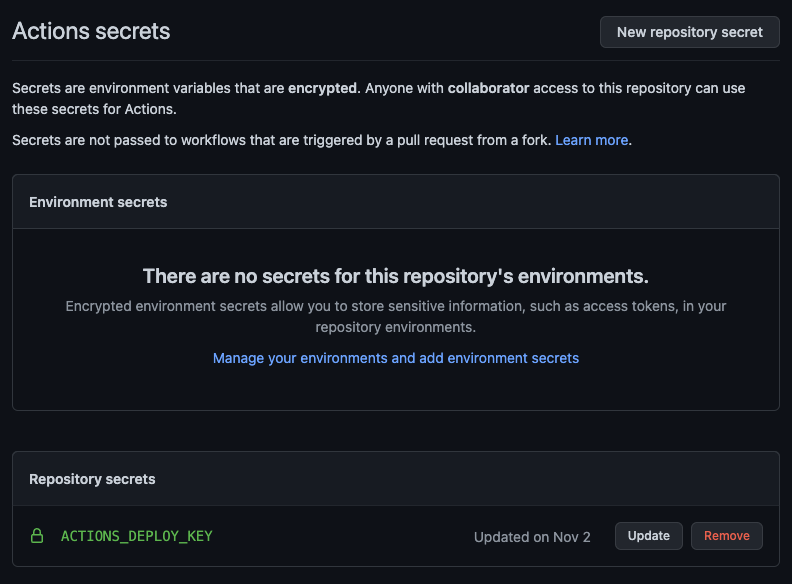 Then, I added the public key as a deploy key in the target repo, (e.g., this is your <username>.github.io GitHub Pages repo where your static resources live). 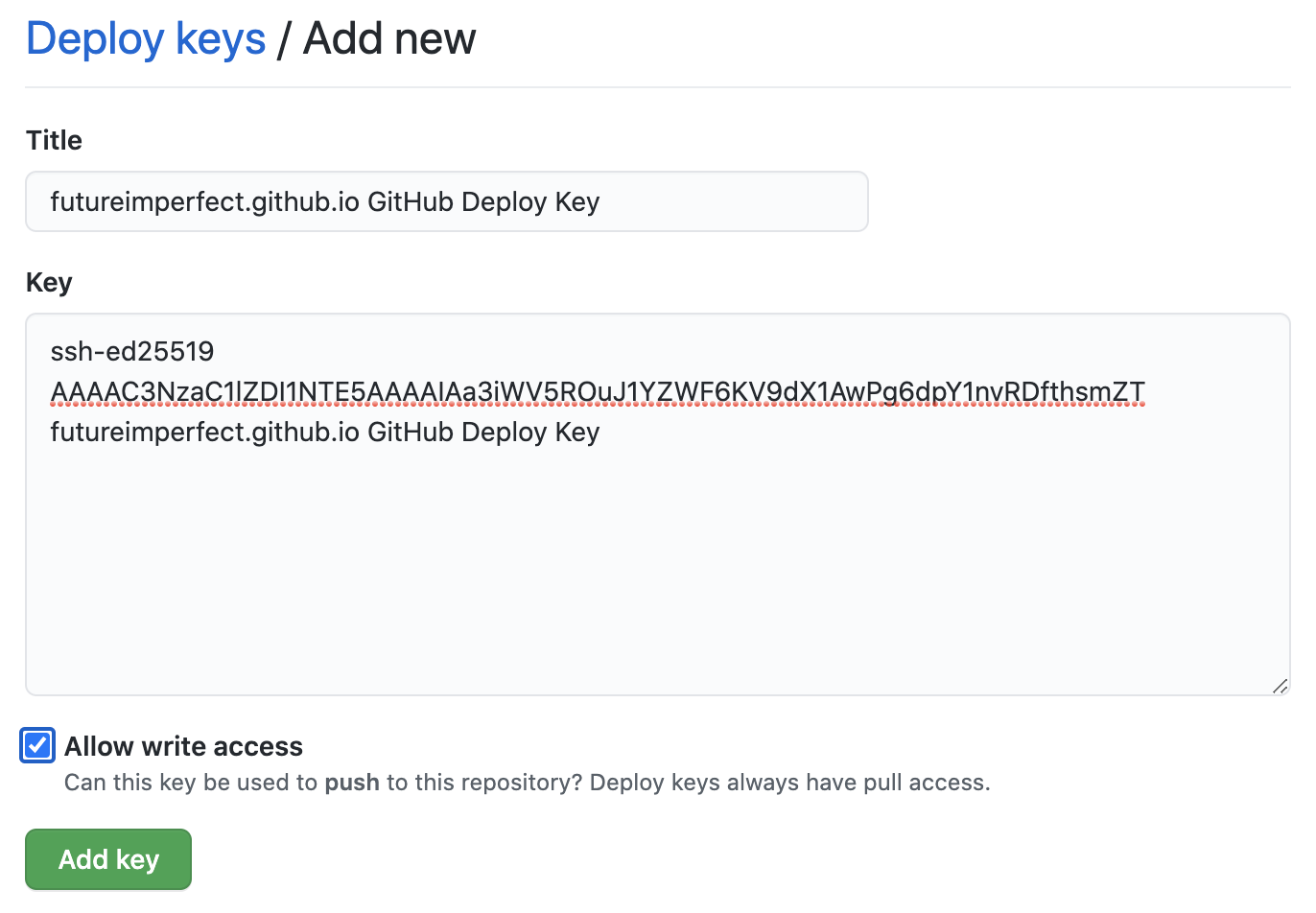 Finally, I setup my GitHub Actions YAML file in the source repo. This builds my Hugo site from source files and deploys it to a separate GitHub Pages repo. I have this configured to automatically deploy my site when changes are pushed to the main branch. My current (at the time of this writing) gh-pages.yml file is below:

With these changes I can now make a change to my Hugo source repository and sit back and relax as my Hugo site is automatically deployed to my target GitHub Pages repo. Voilà!

I also mentioned in that post that I’d like to get posting from iOS working too. I haven’t tried it, mostly because I don’t really do work on iOS devices much these days. However, I’ve tried this approach in the past for working with Markdown files in a Git repo and it worked rather well, so if I ever feel so inclined I might try that here too.